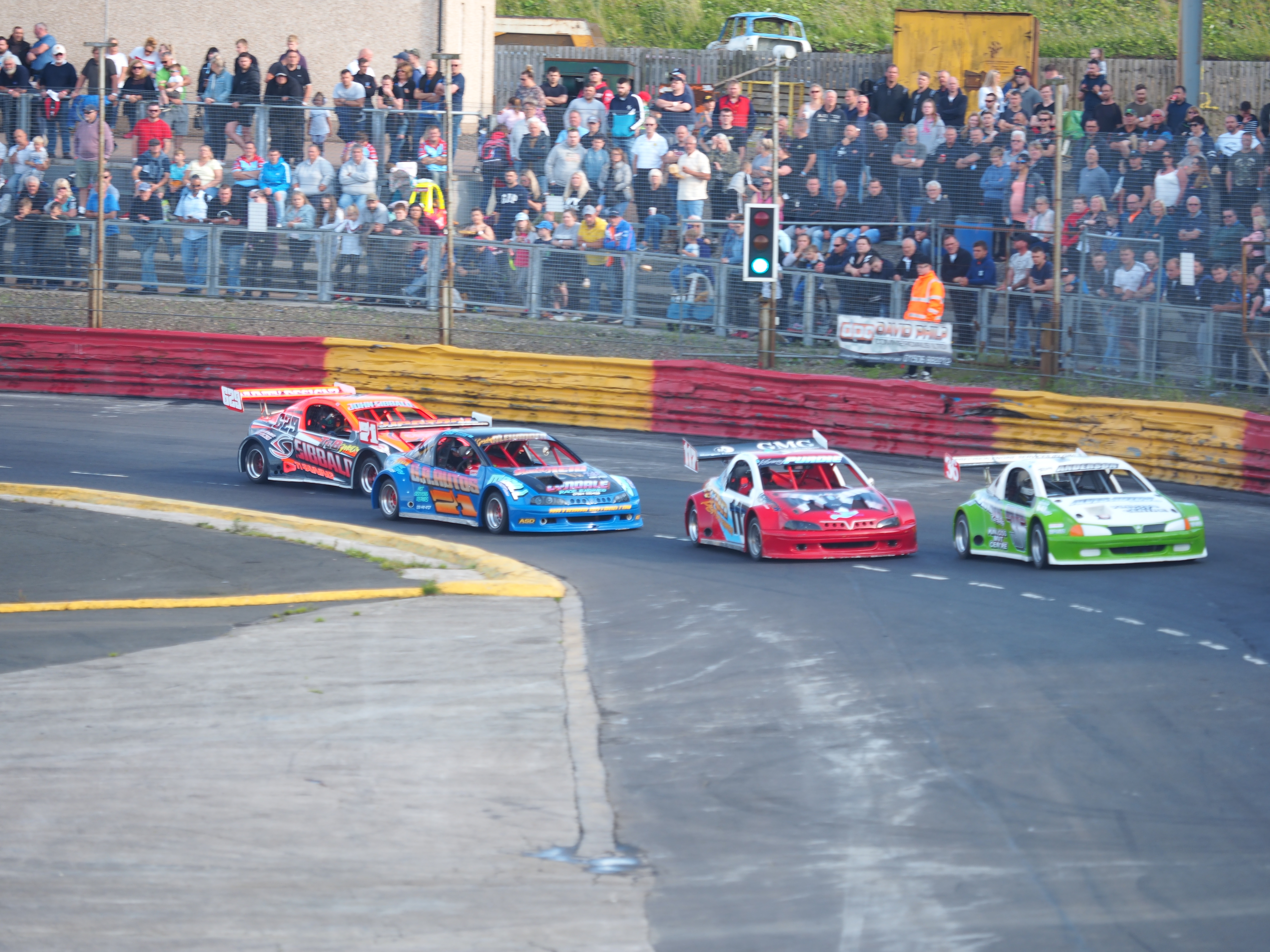 Regarded as the fastest formula on the UK ovals, these specialised and highly tuned coupes and hatchbacks are amongst the most professional racing categories in UK Oval Motorsport.

National Hot Rod racing has come a long way since the 1970’s when legends such as Barry Lee, George Polley and Mick Collard thrilled us around the stadiums and on our TV screens. Evolution has seen the National Hot Rod of the modern era develop into one of the most sophisticated and highly specialised racing cars in the motorsports world – just ask Andrew Jordan, Tom Ingram, Aiden Moffat, Rob Austin, Rob Collard and Aron Smith of the British Touring Car Series who all had outings in National Hot Rods in 2015 - indeed 2016 BTCC Speedworks Driver, Matt Simpson is a former National Hot Rod European Champion!

This non-contact class can be seen across the UK from Scotland to Northern Ireland and the Republic of Ireland to the Midlands, South of England, Holland and South Africa.

Built on specially designed spaceframe chassis, powered by race-tuned 16-valve engines and running on wide racing slick tyres, the speeds these cars can achieve in such a confined space has to be seen to be believed. There are a growing number of bodyshell styles to choose from through the Renault, BMW, Mercedes, VW, Peaugeot, Mazda and Vauxhall marques.

The rules for the formula are strictly controlled by the NHRPA governing body, with rules on chassis options, power-plants and tyres being controlled to control costs and maintain fairness.

As with any Elite Class of Motorsport, your budget to a degree may control your success on track but second hand cars can range from a four figure sum up to a five figure sum brand new ready to race. You can also self – assemble your own car as per the formula’s rulebook which can be accessed through the various promoters’ websites.

It is a non-contact sport and officials monitor the circuit closely and take action against those committing misdemeanours!

One of the genuine elite formulas on UK short ovals, Hardie Race Promotions (in association with Spedeworth Motorsports) are proud to host the European Championship.

Jason Kew won the 2019 European Championship and will be looking to defend that crown in 2020.

For more information on National Hot Rods, visit the official website at nationalhotrod.com.